Patagonia is known for is tough weather, long approaches and its awesome rocks and peaks. It’s been in my head since a few years but having to deal with injuries kept me away from this beautiful place.

Finaly, with the support of Mountain Hardwear, Janet, Freddie and I teamed up for a short month, hoping for the best regarding the weather and rock conditions. Janet and I both wanted to do a women party and climb the Fitz Roy. We had a few routes in minds depending on the conditions there. Freddie came along to climb but also to document our trip/ Adventure/ Climb (call it what you want except holidays…).

I was almost shocked by the beauty, the colors and the atmosphere I felt after landing in El Calafate. It was like being in a place I already knew and I felt connected with. Which brought me a good energy. 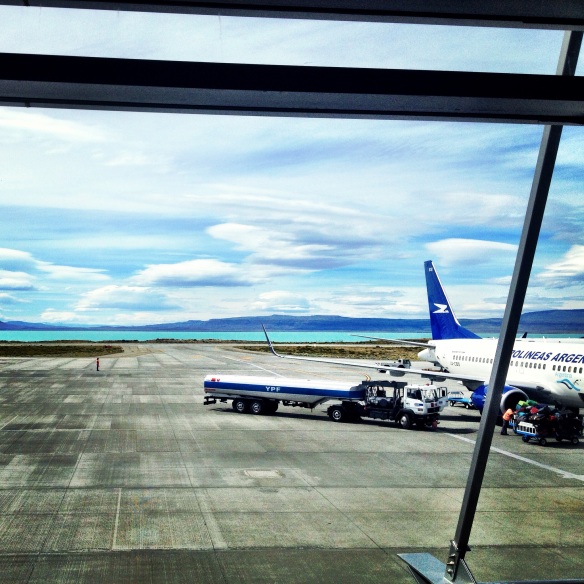 Right at the time we arrived we had a two/three days weather window so we geared up right away and hiked up with the most heavy bags I had to Piedra Negra, one of the bivy spot to access Guillaumet, Mermoz, Val Bois, Fitz Roy…. The weather was windy but sunny and warm. We got to climb some pitches on Guillaumet the second day but did not go all the way up. It was really windy and cold, we kept our mountain shoes during the whole climb. No way we would were climbing shoes that day! But it was a great warm up. 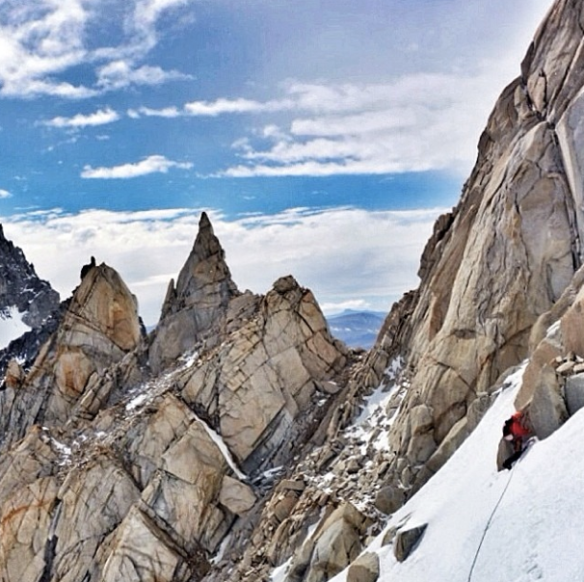 That same day, while we were having fun on Guillaumet, a party of two beautiful women had an accident on Supercanelatta. It was around 2am when they fall for about 200 meters. They immediatly got the support of the others climbers climbing the same route and after a few hours the rescue was organized by the volonteer rescue team. No helicopter could come. The two women had several fractures and from 2am to 4am the next day they had to be carried on two liters over the glacier, down the morraine, crossing the river and so on. We were down our climb when the first team rescue came up with the liter and told us about the accident. All the climbers at the Piedra Negra bivy spot went to help the volonteers rescue team. We ended at more than 40 people to help. The two ladies were tough. They were suffering a lot but they never complained. Everybody did an amazing job and there was no little help. It was amazing to see all the energy between everyone to bring back to El Chalten in the fastest way possible the two injuried climbers. We arrived at 4am at El Chalten, everybody was exhausted but relieved to have bring down the two climbers alive. For everyone it was a good reminder. Keep your margin, remember you’re far from everything.
I decided to post a short video of the rescue I took with my Iphone so once can have an idea of how delicate a rescue there can be.

The rest of the trip was…. full of hope, wintery, frustrating, fun, tough, full of friendship. I think that 70% of El Chalten were climbers and they were all on the meteogram hoping for some high pressure and low winds. Everybody was talking about the weather. About the days left. About the routes. What else a small village full of climbers would talk about ?

We kept ourselves busy down in El Chalten with bouldering, sport climbing and meeting new friends, hiking around, reading and eating a lot. After a week in town everybody knows everybody. I was pleased to see Fred Nicole and Mary I haven’t seen for too long and share some other good times with some really sweet climbers. 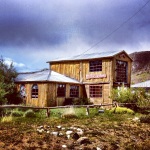 The Chocolateria, a great place to be on cold and rainy days ! 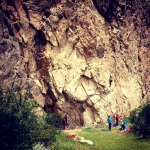 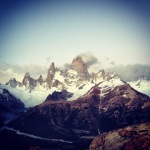 Early Morning shot of the Fitz Roy and its siblings. Blue sky but really windy 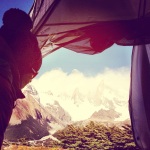 Janet looking at the beautiful peaks after a cold bivy 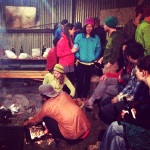 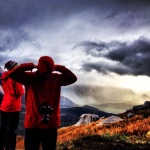 Hiking in the rain, for a change. But the lights never stop being beautiful !

Finaly, we though we’ll had a weather window on the 1st and 2nd of January. We went up to Piedra Negra on the 31st of December, hiking in the cold of a snow storm. We found our gear burried under the snow and set up the bivy. The day after, we went up to the Brecha of the Italianos with the hope to climb the Californinia route on Fitz Roy. We had a beautiful sunrise, and thought “here we go…. finaly the good weather is coming”.
A few hours later, while we were crossing the glacier breaking the trail in a deep snow, we found ourselves in the middle of the storm, and felt in the middle of nowhere. We kept going up and Freddie took the lead on the delicat mixed climbing pitches. Wind, snow, spindrift, cold but also smiles and jokes were our friends that day and night. We set up the alarm at 3am hoping (again) for the wind to calm down. The wind blown all night and we did not get out of our tent before 9am. It was freezing. The Fitz Roy did not wanted us that time. That’s how it goes. 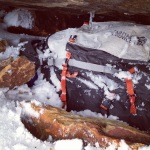 This is my cache… My Gear spent 12 days under a rock, in the rain and snow. Everything was dry when I found it after digging the snow. Thank you Outdry technology ! 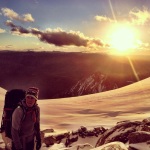 A beautiful sunrise at Passo Guillaumet announcing a great day. 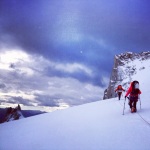 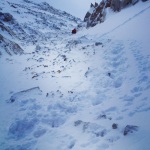 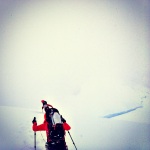 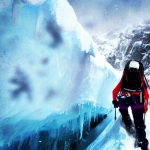 I called this one the “Jaws”. It was the feeling I had walking next to the Bergshrund for a while

Janet and I had to push our comfort limit on those pitches to get up to la Brecha. Photo Freddie Wilkinson 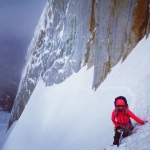 Janet keeping it up for the Brecha

Myself in the storm, smiling at our situation. Photo Janet Wilkinson 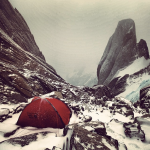 This photo is awesome but still it doesnt' show all of the beauty and vertigo of the bivy on la Brecha. Photo :Freddie Wilkinson 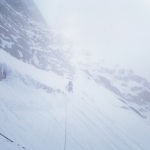 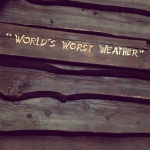 Well, that's close to be true…

All in all and looking back, I had a great time there. I improved my skills, I shared great and intense moments with Janet. I met new great friends. After all Mountains are not about summits but about sharing and living full on moments on them. 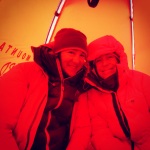 Friendship at every moment. Even in the toughest situation ;) 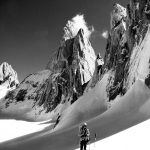 Janet and the Fitz Roy. Hopefully we’ll get to climb it next time together !

And of course, I got my desire to climb again in Patagonia bigger than before ;) 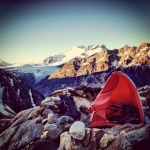 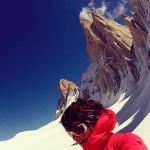 This trip led to a bigger desire to come back ;)