I have already wrote about our expedition in the Tian Shan Mountains in my precedent post. But I haven’t talk very seriously about the fear I/we experienced over there. Fear is present on many of the expeditions that we take into the mountains. I’m not a big fan of feeling in danger, I’m not a big fan of feeling too much fear. At least not for too long.

On that trip, I was at the edge of my comfort zone. Terrifying rock falls at night and during the day time, piles of boulders ready to fall on us and some pitches of chossy rock to climb. All in all it was pretty stressful even though we where quite stoked to be here and climb. The worst for me was at night. I could not sleep. I was on a permanent vigilant state. The noise of the rocks fall was so loud that it gave us the impression a part of the wall was falling on us. I had to deal with this new type of fear. Not like a serac fall or an avalanche that last for less than 2 min and gives you a intense but “short” adreanlin shot. This type of fear was permanent and lasted for 5 days. Fear means tensions, tensions lead to a wast of energy and less focus. So the best was to not let my imagination making the danger bigger than it was for real. The best was to focus on the climbing and on being active.

Check out the video and get a little bit of fear…and happiness!

“We didn’t know what we would find. We didn’t know where we would climb. But we did know that we had to be ready. And that if we approached the trip with a strong team, everything would work out well in the end”

Last summer, Mike Libecki, Ethan Pringle, Keith Ladzinski and myself teamed up for an amazing climbing/exploring adventure in the Tian Shan Mountains. A challenging and not easy trip but great in term of experience/ learnings and friendship.
Before all I had to face a broken heel while bouldering, 2 months before I was supposed to leave. I had to decide, 2 weeks after the fracture, if I would be ready for the expedition or not. I thought I would be ready. From that time on, Neil of la Clinique du Sport in Chamonix, set up a training and rehab program that got me back on tracks faster than we were thinking.

Nothing like breaking my foot 2 months before leaving to make the adventure even more challenging ;)

Finaly, we left for the unexplored Tian Shan Mountains near the border of China and Kyrgyzstan, some 3,300 kilometers from Beijing. There are no comforts of civilization here. No springs rolls or rice noodles. No cell phone service or internet connection. There is only the wilderness of staggering glacier valleys and snow-capped mountains waiting to be conquered.

Leaving behind the civilization for the unamed mountains ;) Photo: Keith Ladzinski

These valleys and mountains remain nameless. The summits have yet to be measured. There are no paths to follow, no mapped out topography, and no climbers. There are only the small communities of Kyrgyz families living together in traditional yurts.

Entering the valley and getting closer to Kyrgyztan

Kyrgyz yurts and their welcoming inhabitants

The goal of the expedition was simple. We set out to chart a new route up one of the region’s many virgin and unknown summits.

We had to deal with unexpected weather conditions, political resistance, and distances that were far greater than we anticipated. Mike, Ethan and myself did not hesitate to make the commitment to the expedition despite the challenges. We knew that all the hardships, all the suffering, would make the trip that much more worthwhile in the end :)

Taking some height and supporting the team. Could have been worst…. Photo: Keith Ladzinski

Watch Episode 1 of our adventure and stay tuned for Episode 2 ;)

More on the Mountain Hardwear blog
And more photos below…. 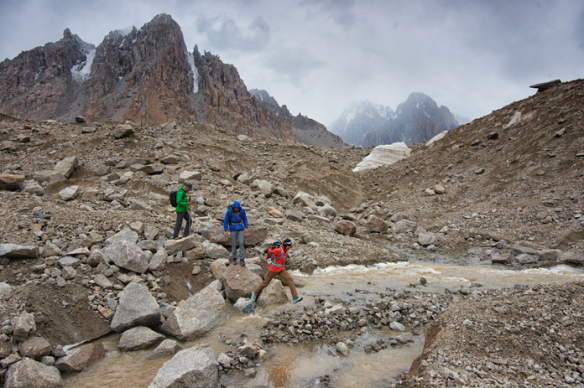 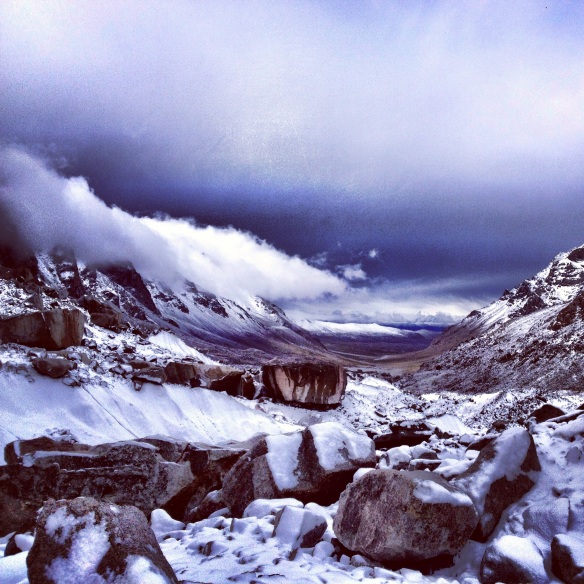 Snow in the morning made the landscape enchanting… and the conditions miserable for rock climbing :(

Two tents lost in a desert of rocks, on top of ice…. Not what you would expect for your camping holidays ;) 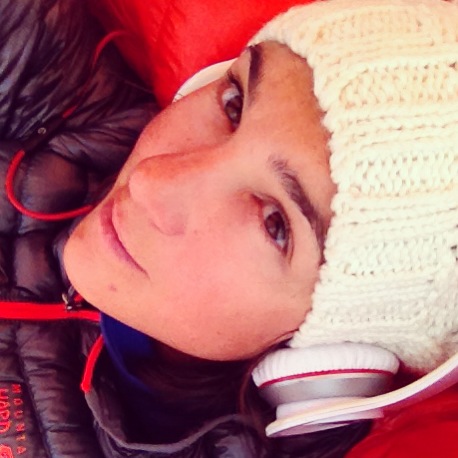 Life in a tent…. Listening to french audio books is definitely relaxing while being on an english speaking team for a few weeks ;)

Mike Libecki does not ration passion, but he can ration food ;)

Oh well, shit happens sometime. A damaged finger will relagate me to jumaring…. 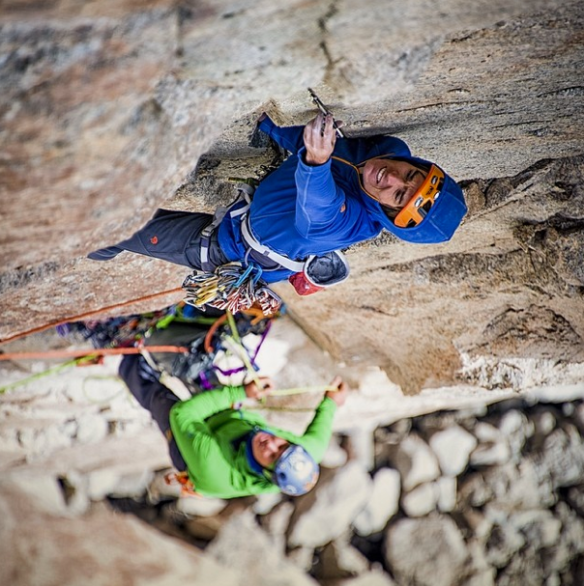 Ethan Pringle and Mike Libecki putting their effort together to top out to the summit that same day Photo: Keith Ladzinski 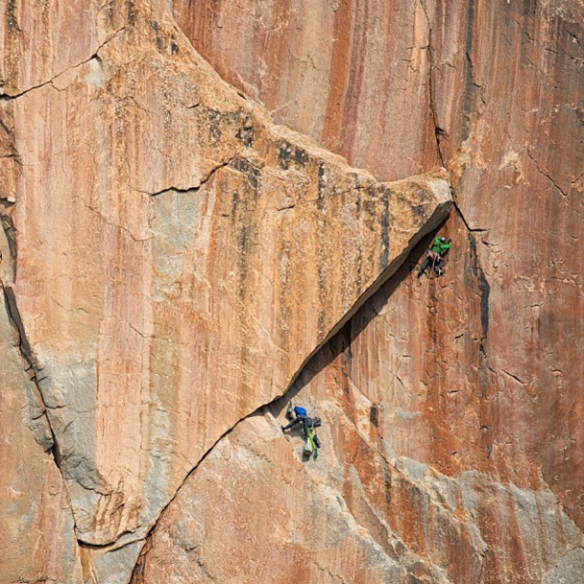 Gerat wall but scary features. You’re never sure if everything is not going to fall on you in that place. We had really scary days…. Photo: Keith Ladzinski